Share the most important moments in Marvel history with young fans, two tales at a time, with Marvel Action: Origins, the thrilling new series in IDW’s line of comics aimed at middle grade readers. Written by Christopher Eliopoulos (of Franklin Richards, Son of a Genius, Cosmic Commandos, and Ordinary People Change the World fame) and illustrated by rising star Lanna Souvanny, the first monthly issue will debut in December. 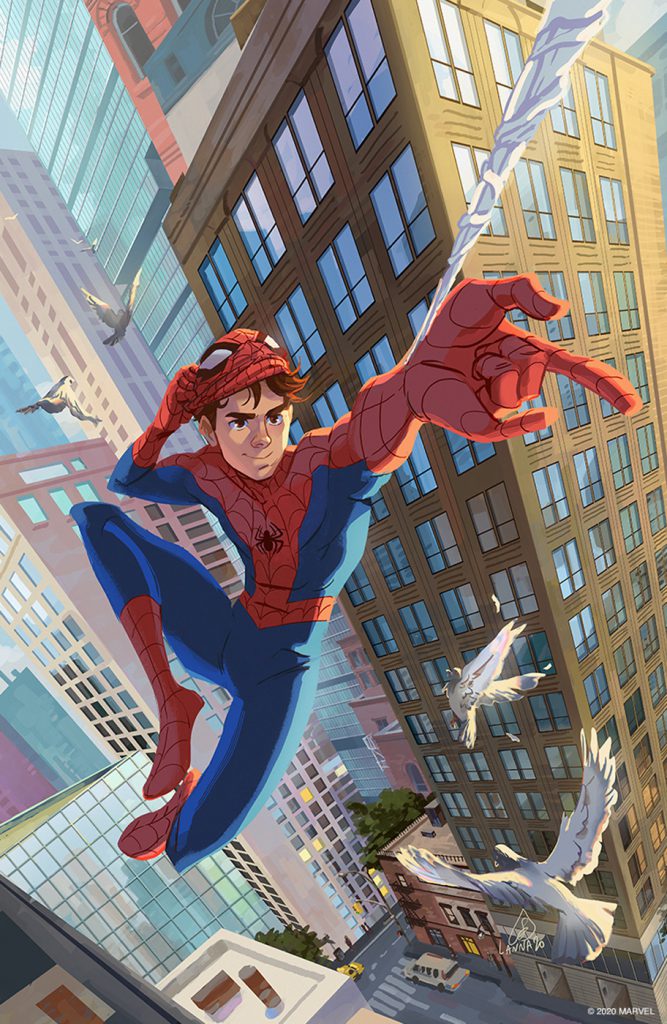 In Marvel Action: Origins #1, experience the earliest adventures of everyone’s favorite teenage webhead and Mad Titan! Discover how a science exhibit and a radioactive bite changed Peter Parker into Spider-Man, and what dark motivations set the Avengers’ most dangerous enemy, Thanos, on his path of universal conquest. Subsequent issues will focus on the Hulk, Ghost-Spider, Venom, and more!

“Creating a gateway for young readers to learn more about the amazing characters of the Marvel Universe is a dream job,” says Eliopoulos. “In this series, readers are going to learn about the emotions and inner thoughts of these heroes and villains while learning about values and character. It’s a series that shows the character behind the characters!”

“When I got asked to work on Marvel Action: Origins, I was super-excited… and to begin with Spider-Man, the very first Marvel Super Hero I’d met as a kid, it was perfect!” says Souvanny. “Nowadays, lots of kids discover super heroes through the movies, and Marvel Action: Origins is a great way for them to further explore their favorite characters through comic books. These are crucial chapters for younger fans, who identify and grow with the heroes as they become super heroes.”

“The Marvel Action line at IDW has focused on creating kid-focused stories about the most popular Marvel Super Heroes, including Spider-Man, Black Panther, Captain Marvel, and the Avengers,” says editor Elizabeth Brei. “We’re delighted to bring some of the most famous stories in comic history — the origins of heroes and villains — to the page for kids to revisit or hear for the first time. It’s really fun to hook a new generation of comic fans on super hero stories!”